Indepth were asked to carry out an emergency dig down and temporary repair to a 600mm diameter pipe which had collapsed. There was a watercourse parallel to the works and a water park lake within 500m.

Indepth excavated to a depth of approximately 5m and carried out the repair using a 600mm diameter plastic pipe and connected onto the existing concrete pipe once we had found a suitable joint using a band seal system. The pipe was then surrounded in concrete for protection and the excavation backfilled and reinstated.

Due to the environmental sensitivity of the watercourse parallel to the works and water park, Indepth installed 8no: 6” pumps on site and 4no: duty pumps which were running 24 hrs a day.

It was also imperative that 4no: extra stand-by pumps were on site and switched over every 12hrs, to avoid any overheating or mechanical problems. Indepth had personnel on site 24hrs a day until the scheme was complete.

The project consisted of the following elements: 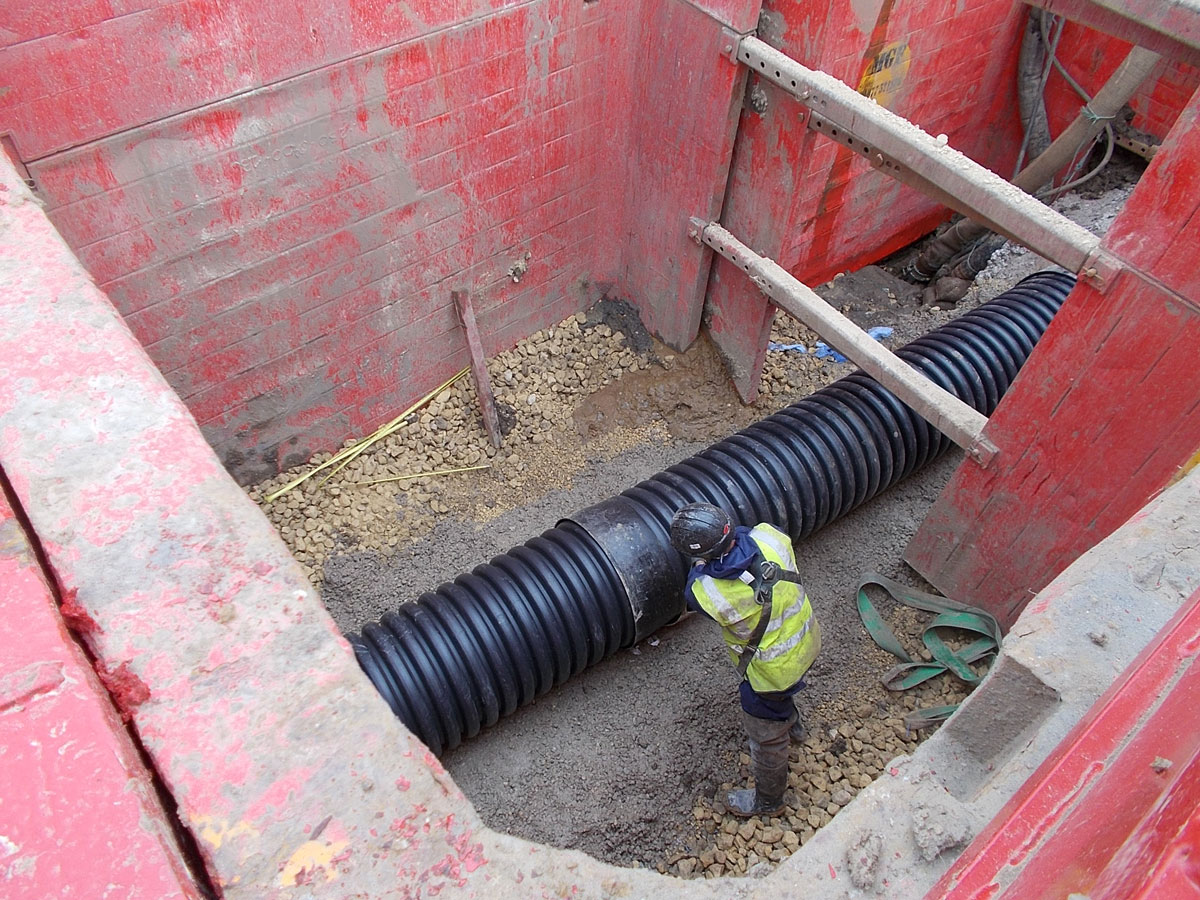 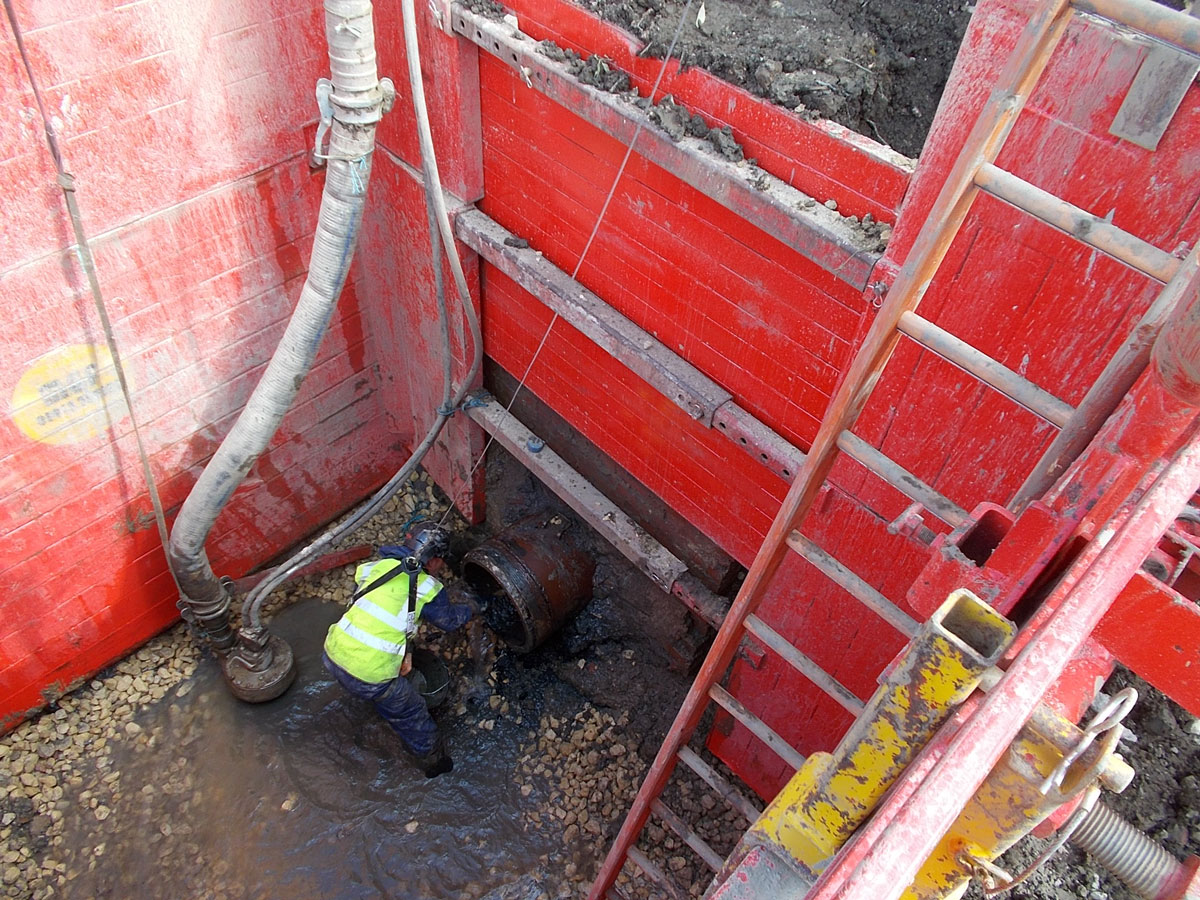 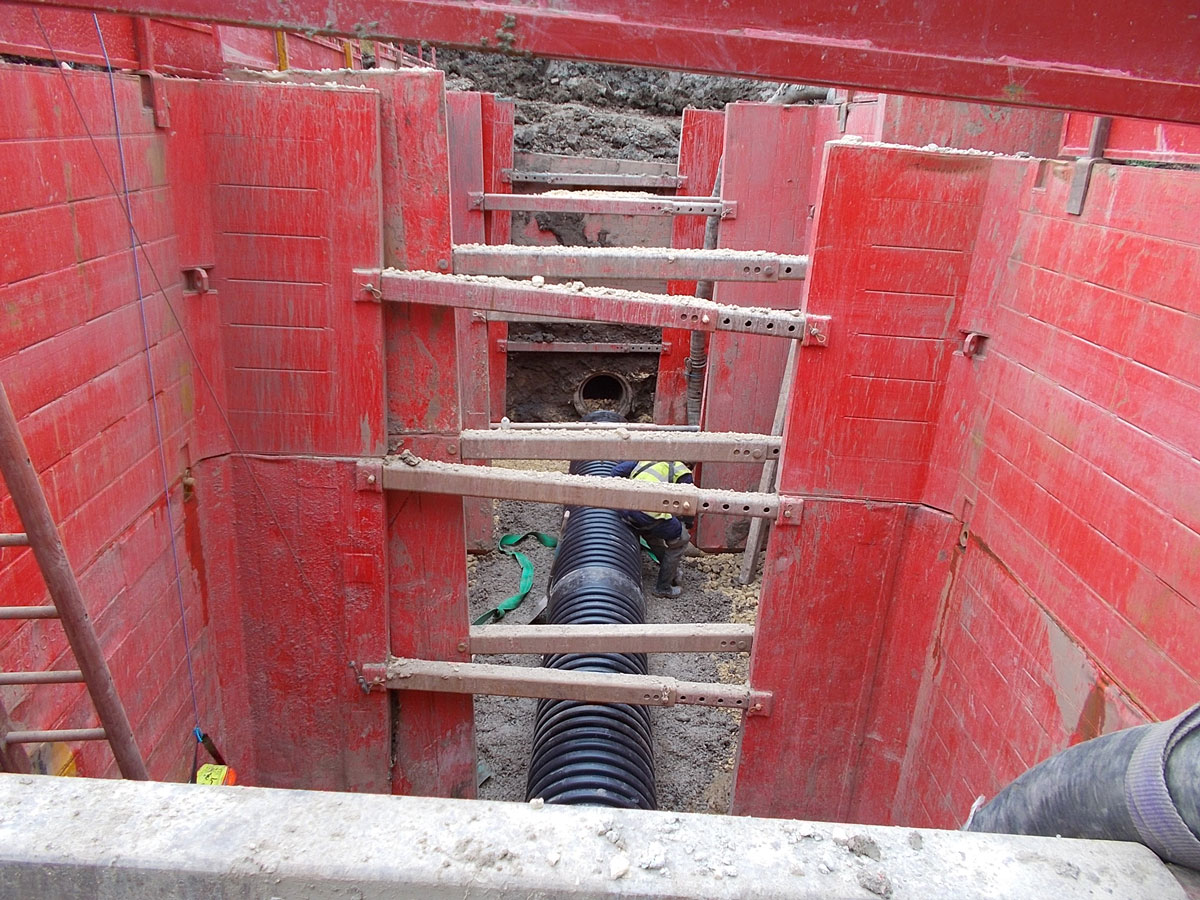 This website uses cookies. You can read more information about why we do this, and what they are used for here.